What home internet speed do you really need

What home internet speed do you really need

June 16, 2021LikbezTechnology
Find out how fast your connection is for videos, games, and other content. 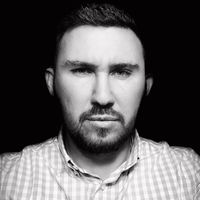 What you need to know before choosing a tariff

How is internet speed measured?

Internet connection speed is measured in megabits per second (Mbps). Despite the apparent similarity with the megabytes per second (MB / s) that Windows shows when copying files, these are completely different things.

A megabit is a smaller unit of information and is used to determine the data transfer rate. Megabyte is used to indicate the amount of data. Nevertheless, people quite often confuse them and sincerely do not understand why, having a 100-megabit tariff, they cannot download a 100-megabyte file from the Internet in 1 second.

Although in fact everything is simple – just count the bytes and bits. Since there are 800 megabits in 100 megabytes, at a speed of 100 Mbps, such a file will be saved in 8 seconds.

What is incoming and outgoing channel

In the tariffs, providers always prescribe the speed of the incoming and outgoing channels. The first is responsible for downloading (reception, download) and shows how quickly data gets from the Internet to the user. The second one is for downloading (upload) and characterizes how quickly the transfer from the user to the Network is performed.

Incoming speed in most cases is more important than outgoing. It affects the speed of opening sites, the quality of watching videos, downloading files and other scenarios when you do not give, but receive content.

Outgoing is exactly the opposite. It is important for quickly sending large attachments by mail, uploading files to the cloud, posting videos on social networks, and video conferencing. As a rule, we encounter such things in everyday life much less often.

For this reason, some providers provide a high incoming speed, but at the same time a rather low outgoing one. Luckily, this doesn’t happen very often these days.

How many users will

Also, when choosing a tariff, it is worth considering the number of people who will use the Internet. Next, we will consider the optimal speed indicators for different needs, which are indicated per person. They, of course, must be multiplied by the number of users.

If, for example, 5 Mbps is enough for basic work on the Web, then 10 Mbps is needed for two people, 15 Mbps for three people, and so on.

What is the recommended internet speed for different scenarios

What internet speed do you need to work

For normal surfing, sending mail, browsing social networks, collaborating on documents, more than 5 Mbps is enough. At the same time, it should be understood that sites are different, and pages with a large number of pictures and multimedia content may take a little longer to load.

What internet speed is needed for video calls

To participate in video conferences, 5 Mbps is also enough. Note, however, that this requirement applies to both incoming and outgoing speeds. If the latter is smaller, the quality of your picture may deteriorate, although you will see the interlocutors well.

What internet speed is needed for games

Almost all online games are optimized and do not require huge speeds. PUBG, Fortnite, CS:GO, Dota 2, WoT, WoW only 1-2 Mbps is enough for multiplayer. If you take it with a margin, then 5 Mbps is enough. However, both 50 and 100 Mbps will not be superfluous – for quickly downloading updates and installing new games.

True, in the case of online games, there is also such a moment as ping – the time it takes for a signal to travel from you to the game server and back. It is even more important than speed. The lower the ping, the lower the delay in the game.

Unfortunately, it is impossible to know in advance even the approximate ping in a particular game through a particular provider, since its value is not constant and depends on many factors.

What internet speed is needed to watch videos online

All modern services automatically adjust to the connection speed, so you won’t be left without TV shows and movies anyway. The only question is how good an image can be obtained.

What internet speed do you need to stream

Game broadcasts are the most demanding in terms of speed due to the fact that real-time video has a considerable volume. Of course, for broadcasts you need a good outgoing channel with a high rate of return.

Streaming in Full HD will require about 35 Mbps, for 4K – about 100 Mbps. And, of course, a certain margin must be added to these figures if during the broadcasts you or one of your family members uses the Internet for other purposes.

What is the best rate

In 2021, tariffs of 100 Mbps are considered optimal. This speed is enough for any needs, and the price of the service is the most favorable. Starting rates are much slower but cost almost the same. And the maximum ones, although they transmit data faster, will cost much more.

A speed of 20-30 Mbps can be recommended for a small family, grandparents and people who are not very…