How and when do babies start crawling?

How and when do babies start crawling? 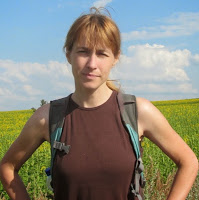 Crawling is a baby’s first giant step toward independence. And everyone is free to do it as they please.

What does it take to get babies to crawl?

To move in space, the baby needs to make a lot of effort – intellectual and physical. He must have sufficiently strong muscles of the back, neck, shoulders, arms and abdomen. While crawling, so-called binocular vision is involved: the ability to focus both eyes on the same object. Not the last role is played by the developed visual-spatial perception.

Crawling, the child learns to navigate and trains memory. For example, he begins to understand that in order to get to the toy basket, you need to move around the table.

What time do babies start crawling

By data WHO, most babies start crawling between 6 and 11 months of age. Approximately half of them master the movement on all fours by 8.3 months of age. A little more than 4% skip the crawling stage altogether, immediately get up on their feet and try to walk.

There are several reasons why some babies crawl earlier than others:

Why don’t all babies crawl the same way?

Babies are not programmed to crawl in any particular way. They simply experiment with different modes of transportation and eventually settle on the most effective for themselves. And that’s okay.

Approximately half of the children begin to crawl, choosing one of the following styles or alternating between them.

The child leans on his elbows and pulls himself forward with one or the other handle, slightly falling to his side.

The baby pushes himself with both arms at the same time, rising slightly, and then hitting his stomach on the floor.

Lying on his stomach, the child pushes off with his feet and “rows” with his legs, as if swimming like a frog.

As a rule, babies quickly move from moving on their stomach to moving on all fours. Which is quite understandable: try to crawl yourself at least a little like a plastuna or like a seal – and you will understand what an energy-consuming and even painful task it is.

Some children spare their bellies and immediately begin to crawl like an adult, that is, relying on four limbs. And here, too, options are possible.

The baby moves, leaning on bent legs and outstretched arms.

The kid moves backwards, looking between his legs, or moves sideways.

It looks like a classic way, only the child does not lean on his knees, but on outstretched legs, raising his buttocks up.

The kid leans on his hands, bends one leg at the knee, and the second pushes off, as if riding a scooter.

Crawling on your stomach is difficult and unpleasant, and to move on all fours you need to develop a delicate sense of balance. Some children prefer to take the easier route.

The child moves around the room, rolling from side to side.

The kid fidgets on the buttocks and thus moves from one point to another, sometimes helping himself with his hands. According to anthropologiststhese movements, most likely, replaced crawling among our ancestors even before the development of agriculture and a sedentary lifestyle.

This is exactly what happens to this day in the tribe of hunters and gatherers living in Papua New Guinea. There, babies up to a year spend 86% of the time sitting in a sling on their mother’s back. Sometimes they are planted on the buttocks and almost never spread on the stomach. It is clear that in such conditions children cannot learn to crawl. But they don’t suffer from it.

Is there any way to help the child?

Perhaps the best thing parents can do is to stop paying attention to the achievements of the neighborhood children. And rejoice in the success of your child. And so that they are not overshadowed by troubles, take care of the safety of the baby in advance.