“Everything is predetermined.” Can determinism make life easier

“Everything is predetermined.” Can determinism make life easier


Likbez Life
We explain why fatalism is different. 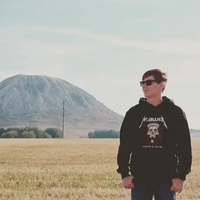 Determinism – it theory of interconnection and interdependence. According to it, human actions, natural and social phenomena can be explained by previous events and the laws of nature. It is also called the belief in the predestination of everything that happens.

It is generally believed that determinism completely excludes free will. However, not costs confuse it with the concepts of predictability and fate and equate it with fatalism. The latter is based on a mystical belief in the inevitability of events. Determinism explains the predetermination of the future by the laws of nature.

What modern science thinks about determinism

In science, determinism has experienced periods of ups and downs. Since the 17th century, scientists have contrasted theory with mysticism and faith in chance. They believed that everything in the universe could be predicted by complex calculations. However, in the first half of the 20th century, the discovery of the principles of relativity and uncertainty shook these ideas.

Scientists became interested in determinism again in the 1960s due to the development of neuroscience. results experiments to study brain activity have led researchers to doubt the reality of free will. It turned out that when making a decision, our actions can be ahead of the brain by several seconds. For example, when you need to select one of two buttons and click on it. Therefore, some modern scholars believethat our behavior depends on fluctuations in the levels of the hormones serotonin and dopamine.

However, not everyone shares this point of view. critics considerthat such experiments have nothing to do with the decision-making process, but only fix spontaneous movements. Also have opinionthat advanced activity is associated with the features of the brain. He has peak moments when a person thinks very quickly, if required.

Finally, experiments generally do not fix anticipatory actions when making more complex decisions. For example, when subjects are asked to donate money.

What determinism can teach us

Although the status of determinism in modern science is ambiguous, the concept can still be useful.

We can’t control everything

Our understanding of the world is very far from objective. We do not know the Universe and ourselves well, we cannot change the past and ignore the laws of nature. We are not even sure that we make decisions ourselves. Accept the idea that you cannot control everything and everything.

Don’t worry about the past

Determinism in the social sciences found expression in the idea of ​​historical continuity. This principle means that a person and society depend on the conditions that the previous generation passed on to them. We cannot influence the place and time of our birth, what is given to us by nature, the actions that we have already committed. So, there is no need to worry about it.

The future is also unpredictable

The determinists of the past believed that in order to predict the future of the universe, it was enough to know its initial position and all the forces acting in it. However, today both supporters and opponents of this concept It’s clearthat this requires an intellect that can hardly exist.

Don’t expect things to turn out the way you planned. Life is unpredictable and one must be able to adapt plans to changing circumstances.

However, we are responsible for our actions.

Not all determinists deny moral responsibility. Some of them believe that it is determinism that helps a person to soberly evaluate himself and the world and anticipate the results of his actions. The concept of compatibilism has existed since the 17th century. Its proponents believe that determinism is compatible with free will. Although the future of the universe is predetermined, people can still act according to their own mind. The point in the dispute about whether we ourselves make decisions has not yet been set. Therefore, it is for us to live with our actions and be responsible for them, if necessary. And the only choice we have is here and now.

*Activities of Meta Platforms Inc. and its social networks Facebook and Instagram are prohibited in the territory of the Russian Federation.