22 Soviet films for children that even adults love

22 Soviet films for children that even adults love


Likbez Kino
Fantasy and adventure, stories of first love and instructive parables from our past. 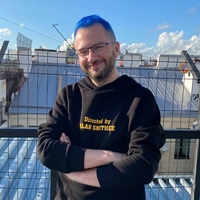 The film adaptation of the story of the same name by Arkady Gaidar is dedicated to two very young boys. Chuk is seven years old, and his brother Huck is six. On New Year’s Eve, together with their mother, they are going on a long trip from Moscow to Siberia – to visit their father, who works as a geologist. Here are just little tomboys accidentally threw a telegram out the window with very urgent information.

Despite the difficulties that the heroes have to overcome, the whole film is a bright and kind story, saturated with the spirit of the New Year holiday and the expectation of a miracle.

After the disappearance of the captain and a significant part of the crew, fifteen-year-old cabin boy Dick Sand has to take command of the ship and lead it to America. But because of the cook’s betrayal, they get into a dangerous situation.

Compared to the original book by Jules Verne, the film adaptation was made lighter and more childish. And they even changed the ending a little, taking pity on some of the characters who died in the novel.

Fifteen-year-old Tanya Kanareikina from the village of Bersenevka falls in love for the first time in her life. She really liked the charming and talented helicopter pilot. But next to Tanya lives a tractor driver Misha Sinitsyn, who is unrequitedly in love with a girl.

In this picture, the love dreams of a young heroine are very vividly and ironically shown. Fantasies are mixed with reality, and even the viewer can sometimes get confused about what is really happening and what is only in Tanya’s head.

The inhabitants of a distant planet once freed themselves from emotions and live, relying only on the mind. Frightened by the incomprehensible energy of love emanating from the Earth, they send a boy there. He is taken in by a simple huntsman. The child grows up incredibly beautiful and talented, but very cold.

The two-part film is based on two short stories by Oscar Wilde, “The Boy Star” and “The Birthday of the Infanta”. But in the adaptation, the magical component was replaced with fantasy, slightly modernizing the theme.

Young Vika spends a lot of time alone, wandering among the seaside rocks and communicating with the echo. But one day she meets a friendly newcomer Roman. But in a difficult situation, he turns out to be a coward, for which he receives punishment.

It was in this film that the talented Lina Braknite first starred. Then the audience saw her in “Three Fat Men” and “Dubravka”. The young actress was predicted a great future, but soon she abandoned the shooting.

Young friends Vitya and Masha are strikingly different in character: the boy relies only on science and technology, while the girl believes in miracles. It is this couple who will have to save the Snow Maiden from the evil Koshchei.

Screenwriter Pavel Finn personally adapted his play “Masha and Vitya against the Wild Guitars” for the film adaptation. And the main thing that he added to the plot is the New Year’s atmosphere. In the original, the heroes saved Snow White.

Schoolboy Valera has to go to the village to his three aunts, whom he has never seen. But this idea seems boring to the hero, and he tries to get on a real expedition. Instead of Valera, his friend Zhenya goes to the village, who pretends to be his nephew. But the expedition turns out to be very boring, and the summer in the countryside is amazingly fun.

This film is the debut work of the famous Rolan Bykov. Initially, another director worked on the picture, but he got very weak material, and Bykov was asked to reshoot the picture. True, due to various difficulties, “Summer Is Gone” was released later than the master’s next film.

Four friends, Stasik, Mishutka, Seryozha and Yasha, love to invent different stories. And they always get into funny situations. Heroes exchange values, quarrel, sometimes deceive each other, but always correct.

The film was based on several stories by the famous author of “Dunno” Nikolai Nosov, who himself collected the stories into a single script.

Lazy Petya Zubov is wasting his time for nothing – this is what the evil wizards decide to take advantage of. They find three more idlers and turn them all into old men, while regaining their youth. Now Petya and his new…